What Are The Most Common French Bulldog Health Problems?

You might have heard a hundred times by now that a Frenchie puppy should be bought from a reputable and trusted breeder. Otherwise, they can be prone to health issues that will turn out to be chronic conditions. Since French bulldog health problems might put future owners to a dead end, we decided to make an in-depth article with all issues your dog can be prone to.

Why are French bulldogs prone to health problems?

We all know that Frenchies have flat faces, stout bodies, and bat ears. They have been ‘created’ by crossbreeding an English bulldog and other terrier breeds. Unfortunately, bulldog breeds are on a higher tendency to suffer from breathing issues and problems with hips. And since no one can escape their roots, it’s nothing surprising for Frenchies to inherit those tendencies from their ancestors.

To live with a healthy Frenchie, it’s essential to choose a trusted breeder. These dogs should cross several tests before a breeder decides to use them for mating. The dog’s parent health history plays one of the most important roles. If they suffered from allergies, hip dysplasia, or some other inherited disease, their puppies will very likely suffer from those issues too.

What are the most common French bulldog health problems?

Allergies in French bulldogs are one of the most common occurrences that affect their lives. They have sensitive digestive systems and can suffer from food allergies if we feed them with an inappropriate diet. To prevent a Frenchie from food allergies, you need to choose a diet that is free of artificial colors, flavors, soy, corn, and by-products. Those are some of the most common allergy triggers.

Besides, French bulldogs can also be prone to environmental allergies. Due to their short snouts, Frenchies inhale allergens that cause allergy symptoms. Sneezing, itchiness of the skin, diarrhea, runny eyes or nose, and moist and scabbed skin can be only some of the issues.

What are the most common environmental allergens?

Many of us are familiar with the allergic reaction caused by environmental allergens. Unfortunately, they also affect our dogs in similar ways. Dogs usually develop allergies between ages 1-3. The allergic reactions occur when a dog has a weak immune system or it’s genetically predisposed to certain illnesses.

Some of the most common environmental allergens are dust, mites, seasonal pollen, animal dander, mold spores, and house-cleaning chemicals. Because our pooches usually don’t wear clothes, they can’t escape contact with allergens.

Hip dysplasia in French bulldogs is a skeletal disorder when the ball doesn’t fit the socket joint properly. It is one of the most common French bulldog health problems that is caused by genetics. A dog who suffers from hip dysplasia has a hard time climbing the stairs, he is incapable to jump, and has pains.

On the other hand, a Frenchie can also start suffering from hip dysplasia due to excessive growth, obesity, inappropriate exercising, and lack of certain minerals. This condition is difficult to treat since it requires physical therapy, a specific diet, and constant weight control. As the last option, vets recommend surgery to restore a function.

Since French bulldogs have protruding eyes and flat muzzles, they are on a higher tendency to suffer from eye infections. Conjunctivitis in French bulldogs includes discharge from the eyes. It’s very uncomfortable and causes blinking, redness, and swelling. It can also occur with other symptoms such as coughing, sneezing, and nasal discharge.

What causes Conjunctivitis in French bulldogs?

We can describe a cherry eye in French bulldogs as a condition when a tear gland of the third eyelid pops out. It looks like a pink ball in the corner of the eye and can be triggered by a congenital weakness. It causes the dryness of the eye, so dogs start scratching the place and cause an infection. That’s why we should not leave it untreated.

Younger Frenchies are on a higher tendency to suffer from this condition. However, it’s not impossible to occur in elder pooches too.

Narrow nostrils often occur in brachycephalic dog breeds. It is one of the most unpleasant French bulldog health problems and requires a surgical approach. A dog with stenotic nares breathes difficulty, snores, snorts, and quickly gets tired.

French bulldog heatstroke should be one of the biggest concerns for dog owners. Since these dogs have short snouts, they have a hard time regulating their body temperature. You can help your batpig to easier deal with hot weather by dressing him into summer-cooling clothes. It is made of special heat-resistant fabric and should be worn wet in order to prevent your dog from heat stress.

We suggest you have a look at the following Summer-cooling vest that can help your dog feel safe in the summer. 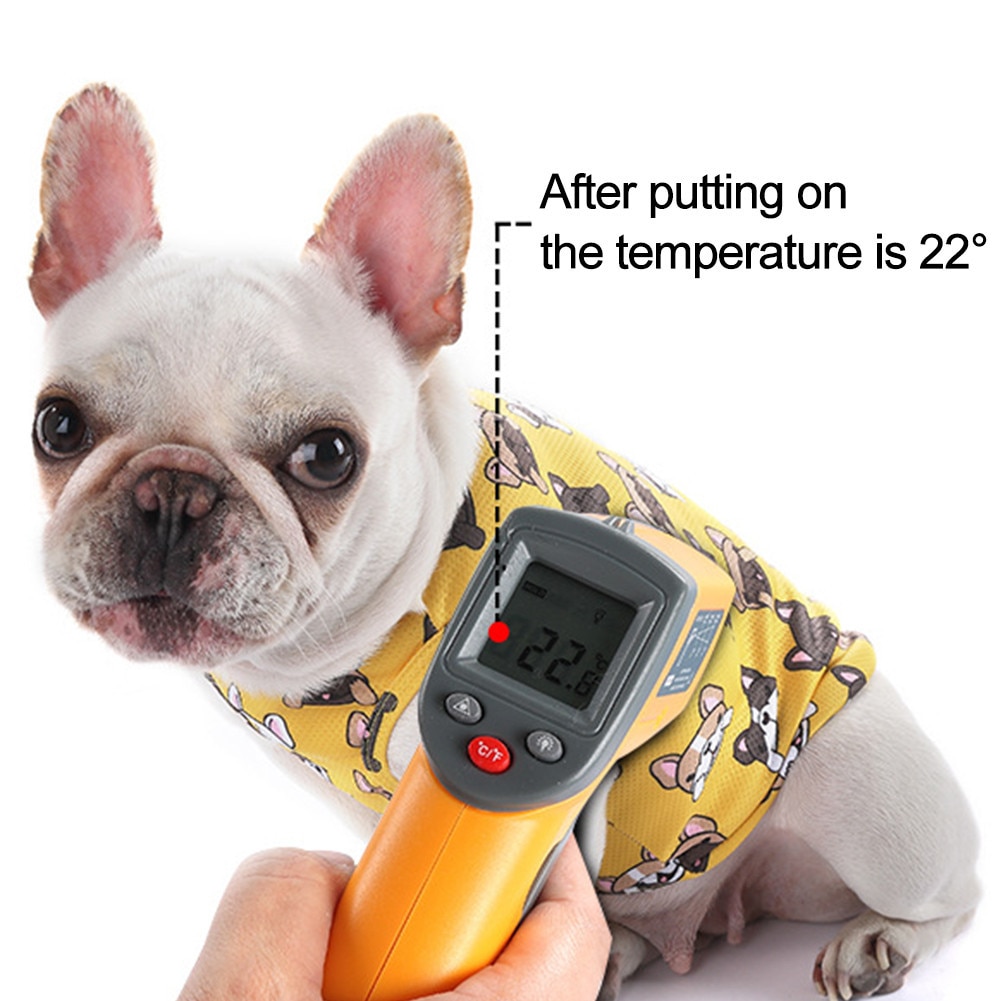 What are the signs of heatstroke in French bulldogs?

Hypothermia definitely deserves to find a place on the list of potential French bulldog health problems. Again, the reason for this condition is their short snouts that make them incapable to maintain the optimal body temperature. That’s why vets and breeders advise owners of Frenchies to dress their pets in warm and waterproof clothes in cold weather. French bulldog jackets should become one of the most important items in your dog’s closet.

One of the common symptoms of Brachycephalic Obstructive Airway Syndrome includes an elongated soft palate. This body part blocks the airway, so Frenchies with this issue can’t go to strolls and do regular exercising. The only solution for this health issue is to perform a surgery or removing the excess tissue.

Even though some Frenchies might be prone to the previously mentioned health problems, they still deserve to find the places in our houses. Since they make great pets, it’s not surprising to hear that they take the high 4th position in the USA. To live with a healthy French bulldog, choosing the right breeder plays one of the main roles. That’s why we recommend you not to buy puppies for a low amount of money. Frenchies require special prenatal and postnatal care, so they shouldn’t be bought for 500$ or less. There is a huge difference between a Frenchie of 500$ and 5,000$.