Where To Buy a French Bulldog Puppy in New York?

What Are The French Bulldog Colors?

It might be difficult to decide what dog breed is the right for you. However, if you think that the Frenchie should become your new family member then you are probably wondering how to choose the right one. When we talk about French bulldog colors, the good news is they come both in rare and regular colors. So, it’s only up to you which one to choose. 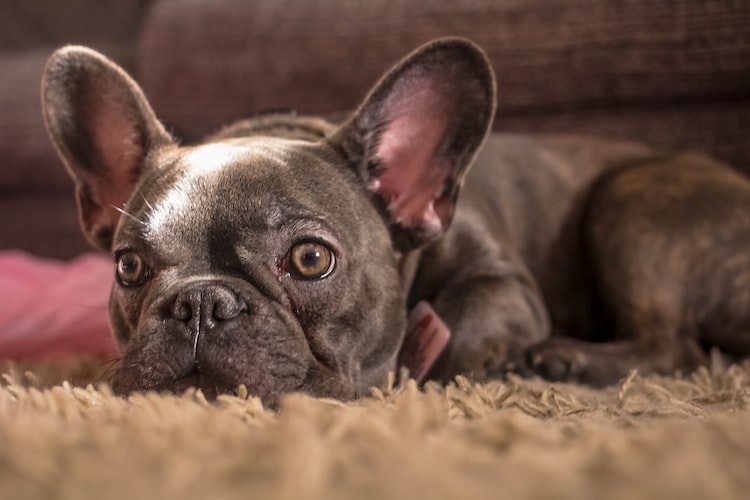 The history of French bulldog colors

As you already know, Frenchies roots go back to England. They are actually the mix of the English bulldog and other terrier breeds. Later, the lace makers decided to take this gorgeous breed to France, and that’s how they came there.

And voila! Soon, the so-called Frenchies became tremendously popular among the Parisian elite. As tourists traveled to France, they decided to take these batpigs with them. That’s how French bulldogs became spread all over the world.

When we talk about French bulldog colors through history, we could notice that pied, and brindle Frenchies were one of the oldest colors present in this breed. Since these dogs were crossed with other mini and toy dogs, they later became even more colorful. 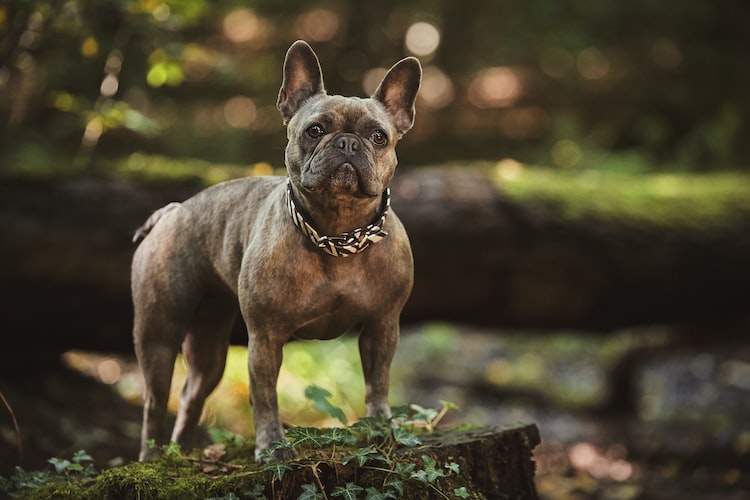 Therefore, today it’s not surprising to see a merle, blue, lilac, black, cream, and other rare-colored Frenchies. Another fact that I need to mention is that the quondam French bulldog had a longer muzzle and tail. However, as the cruel trend of bull-baiting was popular in that period, irresponsible breeders wanted to get shorter muzzle and stronger body. French bulldog ears could also be seen in 2 shapes- rose and bat-shaped ears.

What French bulldog colors are approved by the AKC?

The French bulldog breed was first time recognized by the AKC in 1898 and 1911 was the year when the color requirements were established. The AKC also approved only the bat-shaped ears and that rule is still legal.

Here is the list of colors that are approved by the AKC for showing purposes: 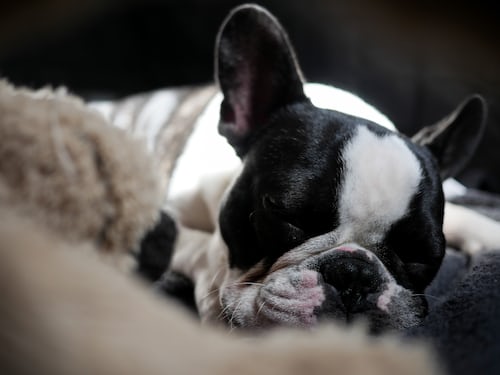 Brindle color is one of the oldest colors in French bulldogs. Brindle Frenchies usually have dark color dominant with lighter color strands. Other patterns that are approved are pied, piebald, black masks, black shadings, and white markings.

These rules apply only to owners who want to use their Frenchies for competition purposes. In other cases when you want to own a dog that will serve you a loyal companion, this rule is not valid. The only thing that should matter is that your Frenchie is completely healthy and that gets the right nutrition and care.

When we talk about rare French bulldog colors in French bulldogs, a thrilling fact is that they come in so many beautiful colors. So far, you’ve probably heard for the blue French bulldogs whose popularity rapidly grown in the last few years.

The reason why rare French bulldog colors are not approved by the AKC is the fact that such Frenchies didn’t exist when they first established the rule of standard colors. Also, as this trend of producing rare-colored pooched started to grow, irresponsible breeders found it as the right opportunity to overproduce unhealthy puppies. 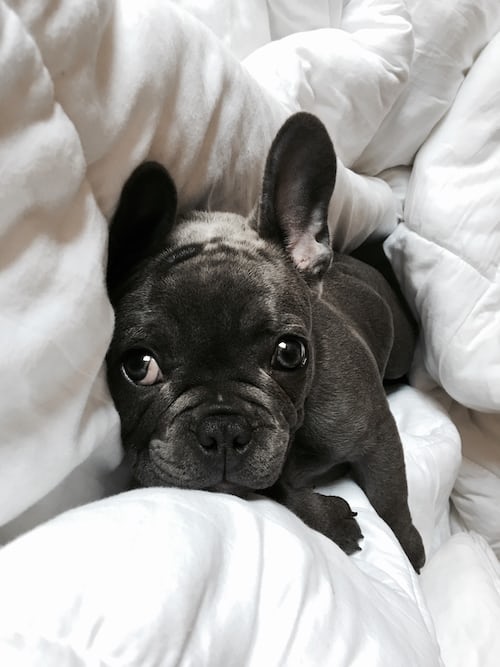 However, not all of you are conscious that a rare-colored French bulldog puppy can be completely healthy if it was bred correctly.

We at Frenchie World care about these dogs! We gave a lot of efforts in the last 20 years to make sure that our puppies are completely healthy and that they come from the right parents.

It’s all in the genes…

You have probably heard for the statement that there’s everything in the genes. Our genes are the main ‘culprits’ for our health issues. Well, the thing is the same with our dogs too.

I can assure every client that he/she will get a healthy blue, lilac or Isabelle French bulldog puppy. My dogs go through dozens of health checks and they are all vaccinated and cleared out of inherited disease. Of course, it would be crazy to tell you that the dog you’ll get will never get ill. It also much depends on the care, love, and diet you provide. 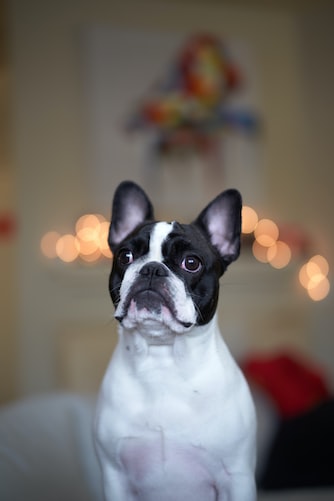 That’s why I claim that my dogs have a perfect health history and there’s no way to suffer from any hereditary disease. So, if you want to keep your Frenchie with you for a long time, it much depends on you.

This is the list of colors that are not approved by the AKC:

Thanks to their carried recessive genes, blue French bulldog puppies has the bluish shine of coats. People also call them mouse Frenchies and their color may vary from dark to light silver/blue. This reason why this color is considered for disqualification is because it’s actually one of the most wanted colors in the world. Due to this reason, Blue Frenchies came to the stage of overproduction by irresponsible breeders. The eye color of these mouse dogs can vary from light blue to turquoise blue and silver.

In order to buy a completely healthy French bulldog puppy, I suggest you read our article where you’ll find plenty of useful tips when making a decision to buy this dog.

Hence the name, this Frenchie color reminds of chocolate. The breeders produce this beauty by searching for a recessive gene in dogs. Their eye color may vary from yellow to blue, silver and green that are also not approved characteristic by the AKC.

No, it’s not puma it’s a pure black Frenchie walking down the street! The magnificent appeal of these batpigs leaves everyone speechless. They don’t possess any traces of other colors, so it’s easy to determine a pure black dog. Going back to the history of Frenchies, it’s true that these pure black guys were crossed with English bulldogs. However, through generations, the original color pattern of the English bulldog has been wiped away thanks to crossing with other black ratter breeds.

Albino French Bulldogs: What Do You Need To Know About These Rare Dogs?

Why is My French Bulldog Losing Hair?