10 Best Fruits That Your French Bulldog Needs To Eat

French Bulldog Temperament – What to expect?

There are many dog breeds in the world, however, there’s one special and unique in many ways. French bulldog breed stands out from the crowd for their unique body shape, bat ears, and adorable wrinkled faces. If you thought this dog breed can be a perfect fit for your family, there are a lot of things you need to discover. When we talk about French bulldog temperament, it will equally thrill you like their appearance already does. 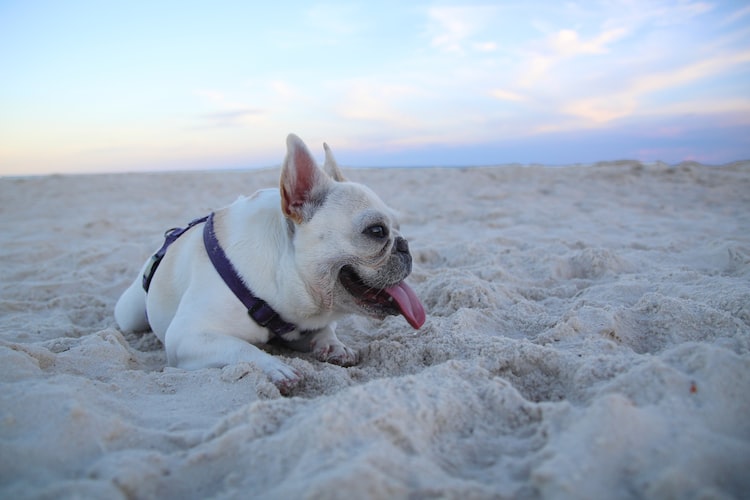 Do not think twice whether to own a Frenchie or not. They act great with kids and are able to play with them for hours and not to get tired. They simply enjoy clowning around kids and chase after them. French bulldogs are actually very similar to kids. It’s not surprising to see them playing in the yard and then another moment sitting on the couch and curl up. The ideal time for your child and a Frenchie is when there’s a chance to grow up together. When they’re both small, they’ll certainly make an unbreakable bond and become the friends for life.

In the opposite situation, when you already own an adult French bulldog and you’ve just got a baby, I advice step-by-step adaptation. It includes playing both with your child and your furry friend. Otherwise, the dog can start feeling rejected and act jealous. 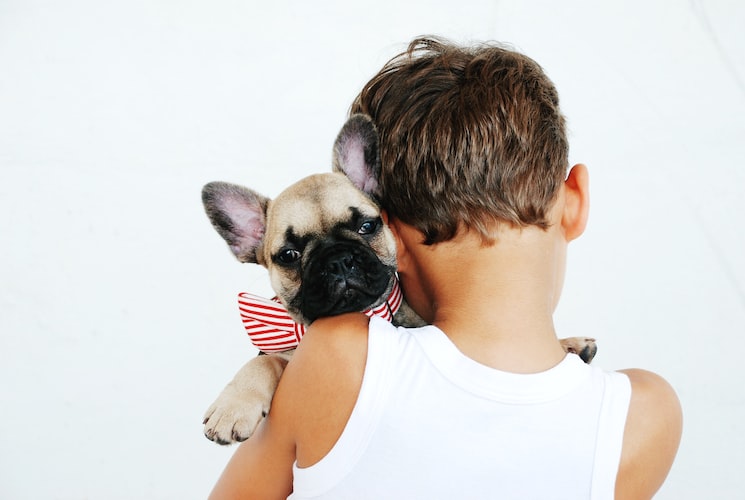 Unlike other small dog breeds, Frenchies, in general, act friendly with other unknown dogs. However, if you haven’t socialized him properly then you might expect a lot of dog squabbles. Early socialization is the key to a dog’s good behavior. Therefore, you should start with socializing your little batpig from the 6th week of age. It includes going for a walk through crowded places, listening to the noise of traffic and allowing your pooch to meet (sniff) other dogs when he’s still a puppy. In that way, your French bulldog temperament will become well-shaped and he’ll learn how the outside world works. 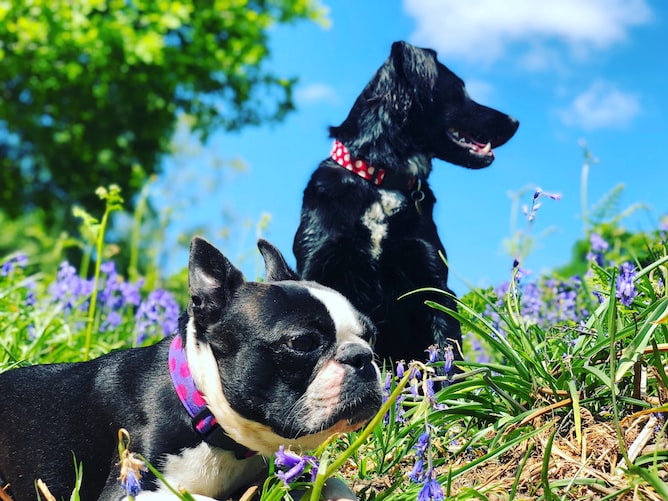 Whose word is the last?

Besides the previously mentioned facts, one of the Frenchies ‘bad sides’ is that they know to act stubborn from time to time. As we said, they’re pretty similar to kids. When they don’t get something they so wanted to get, here it comes the time to get back at you. That’s why they’re famous as ‘challenging to train‘. On the other hand, French bulldogs are still surprisingly sensitive, so they quickly learn tricks (when they want to learn).

Since they possess so ‘colorful personalities’ and like to be everywhere and involved in everything, you’ll probably experience their impatience to repeat certain things a few times in a row. They simply don’t have enough time and nerves for doing that. That’s simply not their cup of tea, so you’d better deal with it. 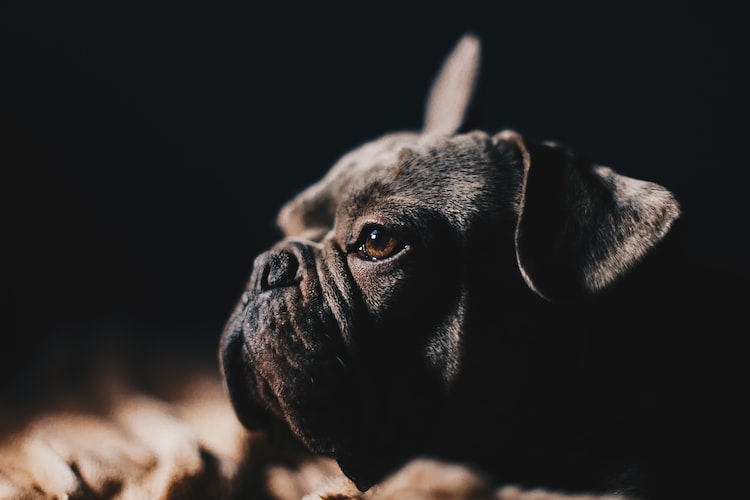 What else affects the French bulldog temperament?

French bulldog’s temperament is pretty much tailored by their genes. Since they belong to a Molossus family of dogs, they got used to following their owners wherever they go. They were bred to serve as companions thousands of years ago in history, so that’s why it’s not surprising why they’re also known as Velcro dogs. Due to all these facts, I recommend to all French bulldog owners to teach their furry friends to spend time alone. Otherwise, your lovely Frenchie might start suffering from separation anxiety. 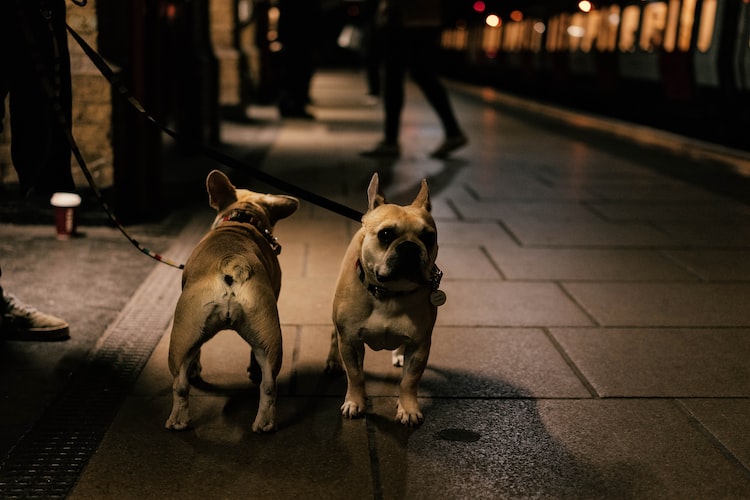 What about their activity requirements?

Luckily (or not), French bulldogs don’t require much exercise. That’s why they are considered for the best apartment dogs in the world. Since they’re prone to overheat and hyperthermia, I advise you to take your little gremlin out to multiple short walks during a day. Even 15 minutes of walk will prevent them from obesity and will keep them in a good shape. 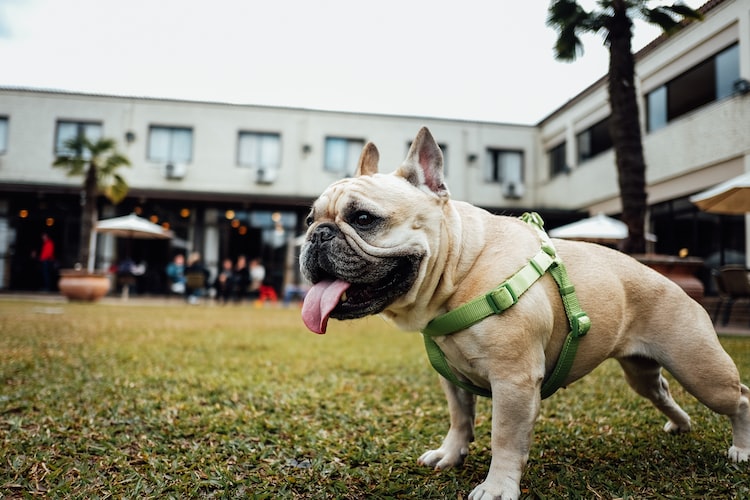 Albino French Bulldogs: What Do You Need To Know About These Rare Dogs?

Why is My French Bulldog Losing Hair?