What Are The Best French Bulldog Brushes?

What Are The Causes of Your French Bulldog Hair Loss?

French bulldog hair loss is probably one of the most concerning conditions. In some cases, this issue can be related to seasonal baldness, while other cases include more severe conditions. That’s why it’s very important to react on time and discover the main reason for your dog’s hair loss.

What could be the reasons for the French bulldog hair loss?

The first case of the French bulldog baldness can be triggered by the lack of exposure to sunlight. Seasonal baldness more often occurs during colder months when the UV radiation is weaker. Seasonal baldness in Frenchies is also called flank alopecia.

We can describe this condition as the occurrence of dark and bald spots on a dog’s body. Frenchies who suffer from this type of hair loss require a therapeutic action, such as exposure to light. The bald and dark spots occur due to a deficiency of the hormone melatonin.

Therefore, another option to treat the French bulldog hair loss is to include melatonin supplementation. Luckily, this is a harmless and cosmetic problem that will improve with the changing of the season.

Other reasons that can trigger the French bulldog hair loss are:

French bulldog allergies manifest with different symptoms than allergies in humans. Dogs usually get itchy skin, paws, and ears. Their skin can become very itchy and develop bald spots that can become susceptible to skin infections. French bulldogs can be allergic to inhaled allergens such as pollen and dust.

Other types of allergens include food allergens such as a diet rich in by-products, corn, soy, eggs, chicken skin, beef, and dairy products.

After you determine that your pet is allergic to any of these ingredients, I suggest you switch him to a raw diet. Raw diet for French bulldogs can provide many benefits to the dog’s skin. Besides, it will boost his immunity and overall health. The raw diet allows you to choose fresh ingredients that are free of artificial colors and preservatives.

Acral lick dermatitis can be another trigger of the French bulldog hair loss. The dog who suffers from this condition will lick and chew his body parts and develop dermatitis. It refers to self-inflicted focal lesions that tend to be small and increase by further licking. Acral lick dermatitis is the result of a dog’s boredom or separation anxiety. Therefore, if you’ve noticed that your Frenchie started to show strange behavior such as excessive paw licking, chewing, and he became very clingy, then he probably suffers from separation anxiety.

Mange in French bulldogs is caused by different species of parasites (Demodex or the Sarcoptes). Mange is buried deep in the hair follicles and can cause the following symptoms.

To discover this health issue, your vet will take skin scrapings and look under a microscope.

If you’ve bought a French bulldog puppy from an unreliable breeder, then there’s a high possibility that such a dog will be prone to different health issues. My advice is to check for the puppy’s health history before rushing to buy it. It’s also important to note that a healthy Frenchie puppy can’t be bought for a small amount of money. There is ahuge difference between a Frenchie of 500$ and 5,000 $.

One of the causes of the French bulldog hair loss can also be poor nutrition. Just like eating healthy foods affect our skin condition, it also leaves a great impact on your dog’s coat and skin. Therefore, I recommend you to carefully choose ingredients for your pooch because they can often be the reason for your French bulldog hair loss nightmare.

What Are The Most Common French Bulldog Health Problems? 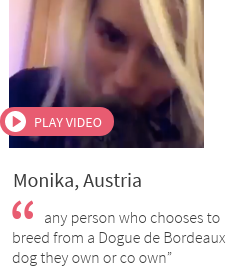